It is the year of our Lord Twenty O Six. And upon this day, the first of September, Rolex has unveiled a subtle yet significant evolution to its most iconic model, the Replica Rolex Submariner Hulk. A watch that is inextricably linked with cinema, worn by some of the most iconic men and women on earth, and has played a role in shaping human history since its launch, in 1953.

What is important to understand is that each time Rolex presents a new version of the Submariner, or any of their near mythological timepieces, it does not do this for the sake of creating novelty. Quite the opposite, each time Rolex launches a new model it forges the next link in an ongoing evolutionary process, characterized by steady improvement to every single dimension of that watch. It does so to incrementally advance every aspect of its timepieces solidifying them as the most reliable and best executed luxury sports watches on the planet.

Today as we look at the all-new Submariner family, comprising of the No-Date Reference 124060, which replaces the 114060, introduced back in 2012, and the Reference 126610, which replaces the revered 116610, launched back in 2010. We will take a look at the details of these watches from the perspective of its case, dial, bezel, movement and bracelet and how they represent functional improvements in the Submariner, all in aid of Rolexs perennial quest to perfect the already perfect dive watch. 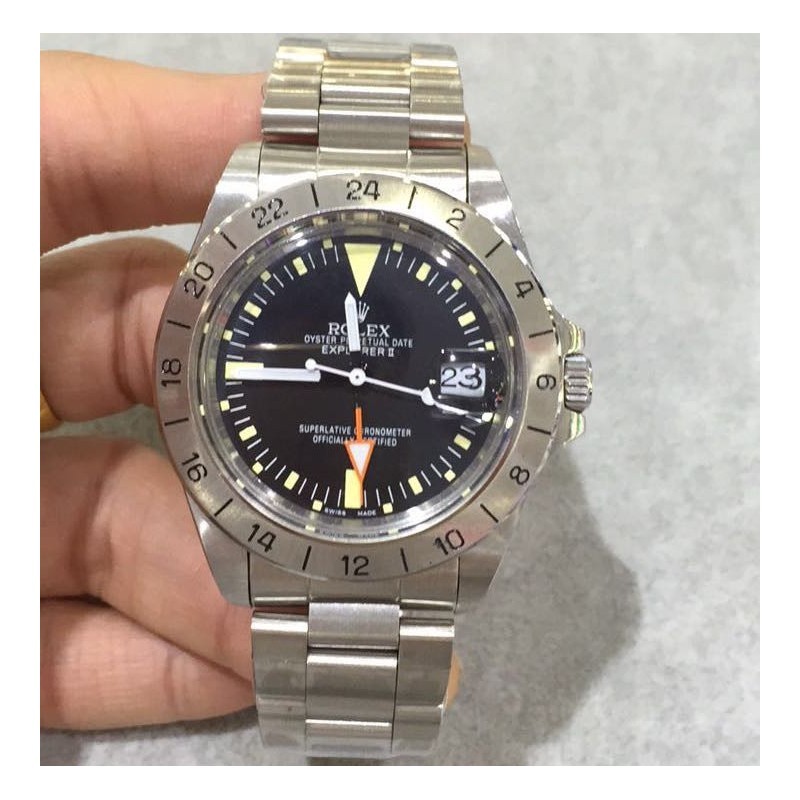 As you have probably just experienced when you saw the statistic 41mm, initially a wave of apprehension swept through the Revolution office when we first learned that Rolex was increasing the size of the seemingly perfect 116610 case by 1 millimeter. We immediately remarked, But everyone is going to more classic proportions, why is Rolex making the Submariner bigger. But rest assured that increase in size is purely a paper statistic. Because the case of the new 124060 and the 126610 actually feels smaller, slimmer and more elegant than its predecessor.

ref. 116610 both in Oystersteel; at 41mm the new Submariner case represents a marginal increase in size from its predecessors 40 mm in diameter and is still a full 2mm smaller than the 43mm diameter of its deep saturation dive sibling the Sea-Dweller.

The case is an all new design. At 41mm the new Submariner case represents a marginal increase in size from its predecessors 40mm diameter and is still a full 2mm smaller than the 43mm diameter of its deep saturation dive sibling, the Sea-Dweller. This case, like its predecessors, is a Maxi-Style case characterized by its robust shape and distinct crown guards, but somehow more refined.

Thats thanks to a subtle but complete redesign of the case profile of the watch, characterized by two important things. For the Maxi style crown guards, these have been reduced significantly in size so that while they still offer the same function of protecting the crown, the area around the crown feels quite a bit less chunky. Second and equally importantly the new case lugs tapers more sharply towards their junction with the bracelet making the case feel svelte and dynamic.

It is still in effect a Maxi Case in design but a more svelte and elegant form. On the wrist the difference is immediately apparent making the new Submariner feel more able to slip subtly under the cuff of a shirt, while still retaining some of the muscular presence of the Maxi case, first introduced in 2005 in the GMT Master-II model with ceramic bezel.

The crown is of the Triplock variety launched by Rolex in 1970 to equip the deep diving Sea-Dweller model and that features three sealed zones based on two gaskets within the winding tube and one just under the crown. The Triplock made it way to the Submariner in 1977, in the model 1680, where it has stayed ever since.